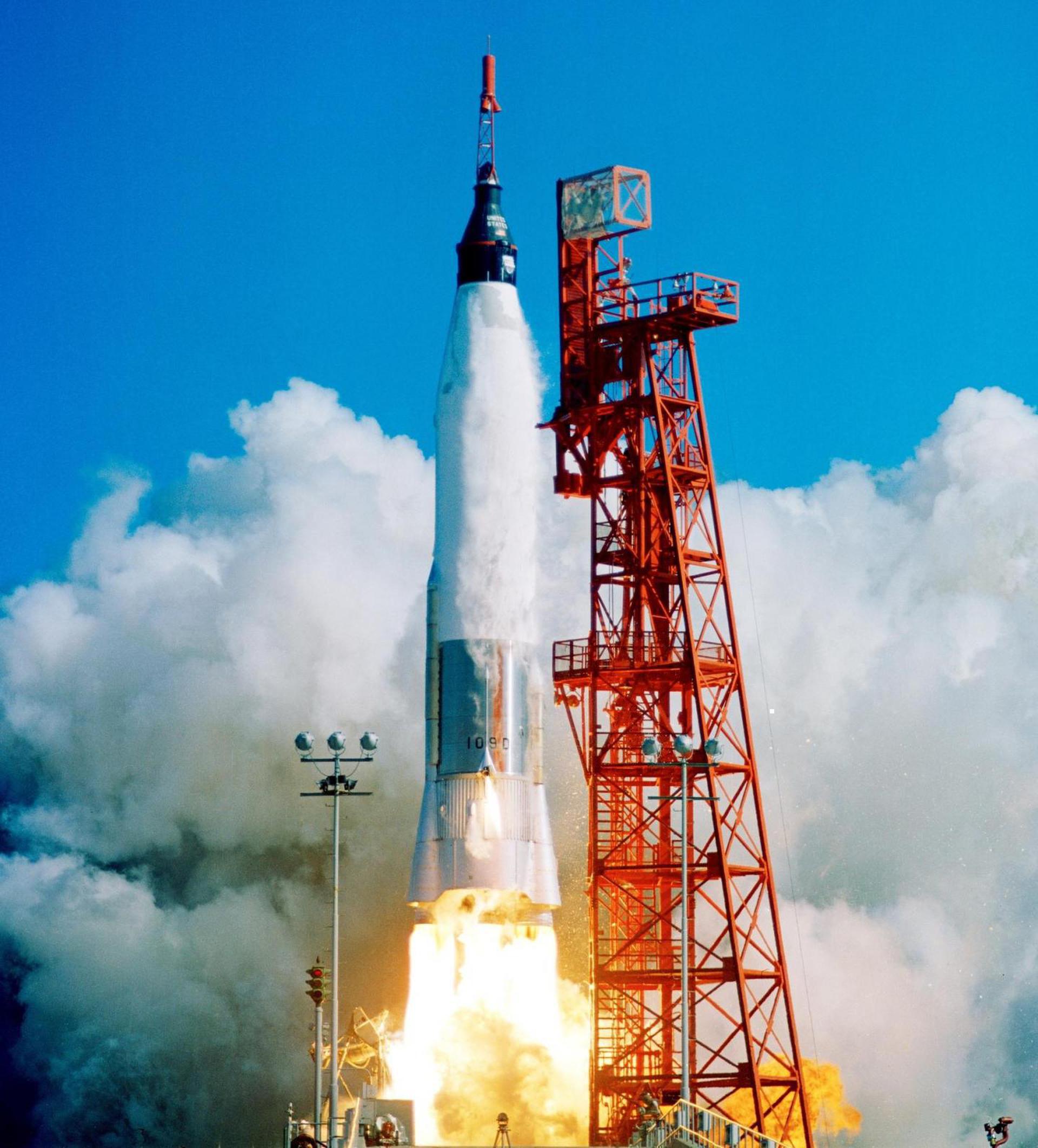 Mercury-Atlas 9 was the final manned spaceflight of the United States’ Mercury program. It carried the Faith 7 spacecraft with astronaut Gordon Cooper to orbit where it completed 22 orbits seconds before reentry. The mission lasted for, 34 hours, 19 minutes & 49 seconds. This was the last time an American was launched to space on a solo orbital mission. The mission had several technical problems, the biggest which was a short-circuit in the bus bar serving the 250 volt main inverter causing the automatic stabilization and control system to stop working during the 21st orbit. In the end Cooper had to use lines he had drawn on the window and his wristwatch to correctly execute burns to safely re-enter the atmosphere.