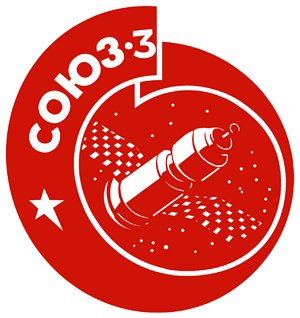 Soyuz 3 was a spaceflight mission, which started with the launch on October 26, 1968, 08:34:18 UTC. Flown by Georgy Beregovoy, the Soyuz 7K-OK spacecraft completed 81 orbits over four days. The mission achieved the first Soviet space rendezvous with the uncrewed Soyuz 2, but Beregovoy failed to achieve a planned docking with the spacecraft. During the remaining time on orbit he performed topographical and meteorological observations.
The mission concluded with a safe landing back on Earth on 30 October 1968, 07:25:03 UTC.