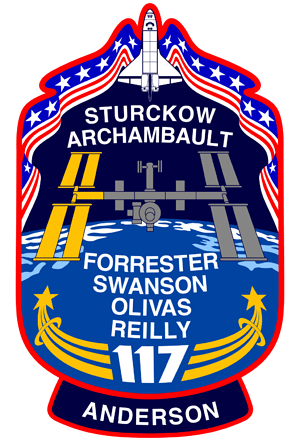 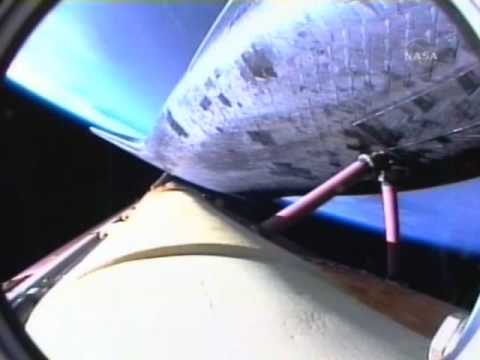 STS-117 (ISS assembly flight 13A) was a Space Shuttle mission flown by Space Shuttle Atlantis, launched from pad 39A of the Kennedy Space Center on 8 June 2007. Atlantis lifted off from the launch pad at 19:38 EDT. Damage from a hail storm on 26 February 2007 had previously caused the launch to be postponed from an originally-planned launch date of 15 March 2007. The launch of STS-117 marked the 250th orbital human spaceflight. Atlantis delivered to the International Space Station (ISS) the second starboard truss segment (the S3/S4 Truss) and its associated energy systems, including a set of solar arrays. During the course of the mission the crew installed the new truss segment, retracted one set of solar arrays, and unfolded the new set on the starboard side of the station. STS-117 also brought Expedition 15 crewmember Clayton Anderson to the station, and returned with ISS crewmember Sunita Williams.