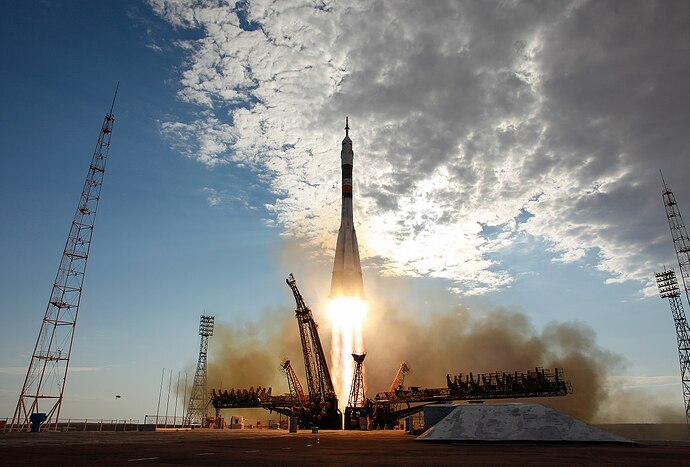 Soyuz TMA-11M begins expedition 38 by carrying 3 astronauts and cosmonauts to the International Space Station.
Russian Commander, cosmonaut Mikhail Tyurin alongside Flight Engineers, Richard Mastracchio (NASA) & Koichi Wakata (JAXA) will launch aboard the Soyuz spacecraft from the Baikonur Cosmodrome in Kazakhstan and then rendezvous with the station.
It landed on 14 May 2014 at 01:58 UTC