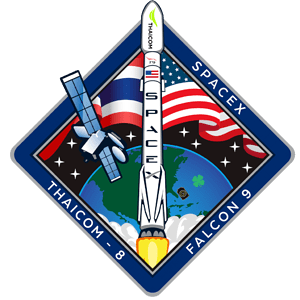 Thaicom 8 will be launched into a geostationary transfer orbit (GTO) on a Falcon 9 Full Trust for a 30 days testing phase following a in orbit burn of the satellite propulsion system to put the spacecraft into a geosynchronous orbit (GSO)at 78.5 degrees east longitude. Where Thaicom 8 will provide broadcast and data services for up to 15 years. The Falcon 9 first stage will test a experimental ballistic landing off the coast where it is schedule to land on the Autonomous Spaceport Drone Ship (ASDS). Even if the landing fails the knowledge learned from the attempt will help for future missions.