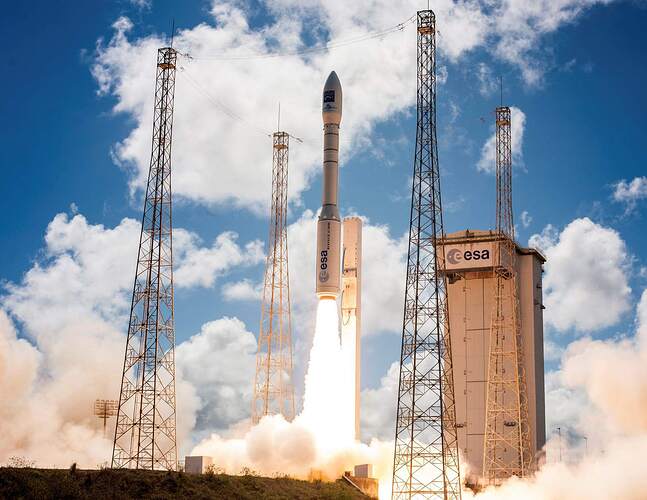 For the second time this year – and the 10th overall since entering service in 2012 – Vega has successfully launched a payload from the Spaceport, with this …

OptSat 3000 is an Earth imaging satellite built by Israel Aerospace Industries for the Italian military. It will be placed in a sun-synchronous orbit at an altitude of 600km. It will have a mission life of more than six years. Launched along with it is VENµS, Vegetation and Environment monitoring on a New Micro-Satellite. This is a near polar sun-synchronous orbit microsatellite jointly built by the Israeli Space Agency and CNES. Besides the scientific mission of terrestrial environment monitoring, the satellite is also tasked with verification and validation of the Hall Effect thruster in space.