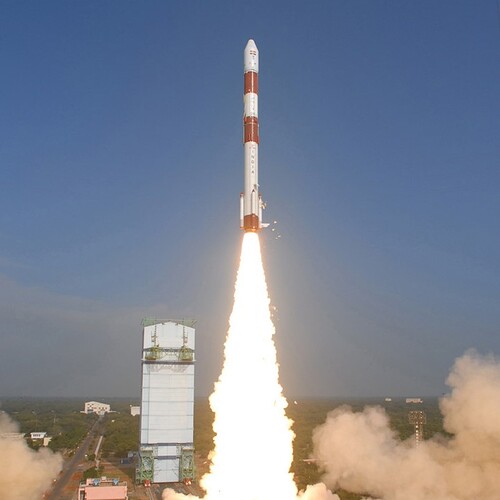 The launch of #PSLV-C42 is scheduled on September 16, 2018 from the First Launch Pad of Satish Dhawan Space Centre, #Sriharikota. This mission is designed to…

The NovaSAR-S spacecraft carries a radar imaging instrument, and the mission was developed in partnership between the British government and the British satellite manufacturer SSTL. The SSTL-S1 satellite, also built by SSTL, is a high-resolution optical Earth observation satellite identical to three DMC3/TripleSat reconnaissance craft launched in 2015. Beijing-based 21AT will lease imaging capacity on the SSTL-S1 satellite. There are also several secondary payloads.