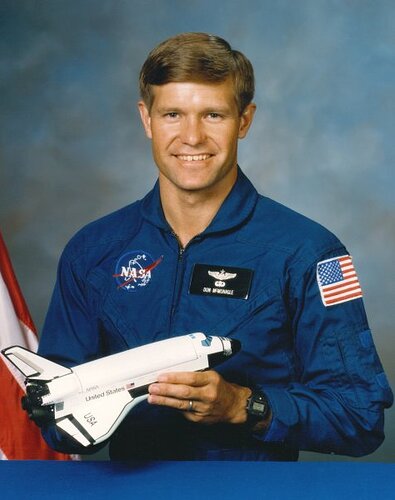 (Traduzione automatica) Donald Ray McMonagle is a former astronaut and a veteran of three shuttle flights. He became the Manager, Launch Integration, at the Kennedy Space Center, Florida, on August 15, 1997. In this capacity he was responsible for final shuttle preparation, launch execution, and return of the orbiter to KSC following landings at any other location. He was chair of the Mission Management Team, and was the final authority for launch decision.