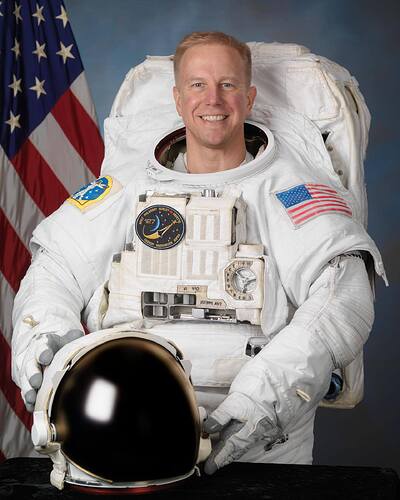 (Traduzione automatica) Timothy Lennart “Tim” Kopra is an engineer, a Colonel in the United States Army and a retired NASA astronaut. He served aboard the International Space Station as a flight engineer for Expedition 20, returning to Earth aboard Space Shuttle Discovery on the STS-128 mission on September 11, 2009. He returned to the ISS for the second time in December 2015, as part of Expedition 46 and as the Commander of 47.