The most recent spacecraft telemetry was acquired on July 22 from the
DSN tracking complex at Goldstone, California. The Cassini spacecraft
is in an excellent state of health and all subsystems are operating
normally. Information on the present position and speed of the
Cassini spacecraft may be found on the “Present Position” page at:
http://saturn.jpl.nasa.gov/operations/present-position.cfm.

The S47 kick-off meeting occurred today along with the port 1
delivery for S46. Each was part of the Science Operations Plan
process for that particular sequence. The S46 files have been merged
and reports sent out to the teams for review and resolution.

Have you ever noticed how you have to periodically reset your watch
or clocks at home? The flight team has the same concern about
keeping the clock on board the spacecraft synched up with time
keeping here on Earth. This week the Mission Support and Services
Office released two SCLKSCET or Spacecraft Clock Spacecraft Event
Time files. These files incorporate two separate updates to the
previous files: a nominal update to model the behavior of the
spacecraft clock, and a leap second update, which goes into effect at
the beginning of Jan. 1, 2009.

Sequence leads for S43 have determined that there are no remaining
changes or outstanding issues for the development of this sequence.
As a result, the existing products stand. There will be no updates
between now and the final approval meeting scheduled for Aug. 5.

An encounter strategy meeting was held today to cover the period
between July 31 and Aug 11, Titan flyby T45 and Enceladus flyby E4,
and maneuvers 162-163.

The second Cosmic Dust Analyzer (CDA) DOY 203 ring plane crossing
demonstration sequence was uplinked today. Sequence leads will
confirm the registration and activation of this file later today.
The CDA DOY 201 Science and Engineering Record (S&ER) 2 telemetry
(TLM) mode test uplinked yesterday has been verified as registered,
activated on board, and is ready for execution on Sunday, July 19.

Over the weekend the CDA S&ER2 telemetry mode test executed. The
first part of the test, under the old flight software version 10.3,
ran successfully, but the results of the portion of the test running
under the new V12.2 were inconclusive. CDA and the Sequence Leads
have put their heads together and identified a window on July 26
where the second portion of the test can be rerun. The flight team
wants confirmation that everything is working as planned well ahead
of the Aug. 11, Enceladus flyby.

Good news for the second CDA ring plane crossing demonstration.
Housekeeping data confirmed that the test ran as expected. CDA is
waiting for the last of the bits to hit the ground to conclude their
analysis of the results. So far it looks good.

Part two of the S42 background sequence was uplinked to the
spacecraft today. It has been confirmed to be registered on board
and will begin execution on Friday, July 25.

The Maine Engine (ME) cover was stowed - opened - today, concluding
the 40th ME cover cycle since launch. This particular cycle was one
of the longest with the cover deployed for 25 days since June 23. As
always, the cover was deployed as a safeguard against possible dust
hazards. The cover will next be deployed on July 27, 2008, at the
end of the Orbit Trim Maneuver #160 prime uplink window, and will
remain closed for only about 24 hours.

The third and final port for S45 occurred today as part of the
Science Operations Plan process. This process concludes on Aug. 1 at
which time the products will be handed over to Uplink Operations for
the final sequence development process.

On July 22, 2008, AACS gave a presentation to project and section
personnel on the status of the reaction wheels at the end of prime
mission. The three wheels currently in use continue to function well,
but are showing some signs of the effects of aging.

The schedule for the S42 DOY 209-210 Saturn/Tethys Live Inertial
Vector Propagator Update was released today, and the kick-off meeting
for this process was held.

Tomorrow the 2008 NASA Honor Awards ceremony will be held at JPL.
These particular awards will be presented to individuals and groups
at, or associated with, JPL who have made particularly significant
contributions to the NASA mission over the past year. The Cassini
Education and Public Outreach Team, RADAR Instrument Operations Team,
and Titan Integration Science Team each will be honored with Group
Achievement Awards. In addition, six members of the Cassini Flight
Team will be awarded the Exceptional Engineering Achievement Medal,
Exceptional Achievement Medal, or Exceptional Service Medal.

JPL’s Office of Communications and Education is proud to present the
2008 Theodore von Kármán Lecture Series. This month:

“Highlights of the Cassini Mission to Saturn” presented by the
Cassini Project Manager,
Thursday, July 24th in the Theodore von Kármán Auditorium at JPL,
Friday, July 25th, at Pasadena City College’s Vosloh Forum,
1570 East Colorado Boulevard.
Both lectures are free and begin promptly at 7:00 PM, with seating
available on a first come, first served basis.
For more information about the event call the Public Services Office
at 818 354-0112, or visit their web site at 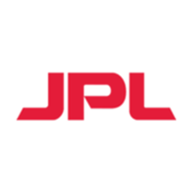