Launches of NASA Black Brant IX rockets from San Nicolas Island in
California carrying MARTI targets for the Missile Defense Agency’s
Airborne Laser testbed have been removed from public NASA schedules. The
most recent such launch, which was publicly acknowledged, was on Oct 21.
The MDA has also launched Scud missiles as targets from the ocean off
Point Mugu. Launches of target missiles for the Aegis ship-based
missile defense system begin tested by the US and Japan have also occurred
in the Pt Mugu area.

Video of a contrail seen by an LA helicopter news crew on Nov 9 (Nov 8
Pacific time) not far from the San Nicolas/Pt Mugu area might be related
to these programs, but it’s been suggested by experienced observers that
it’s probably just be an aircraft contrail seen almost head-on and
illuminated by the setting sun. See
http://uncinus.wordpress.com/2010/11/09/4/ for another example. 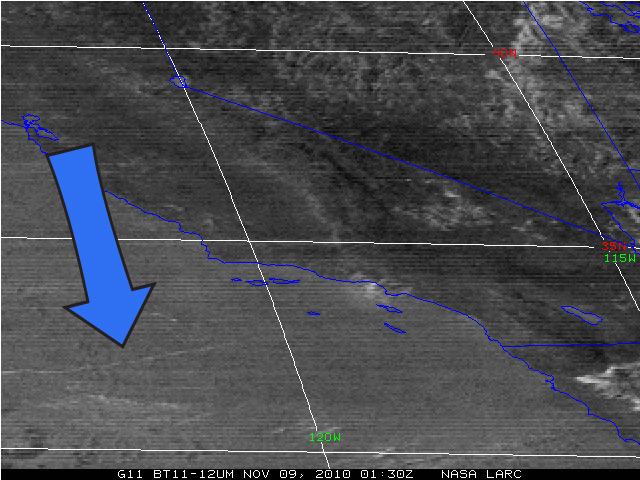