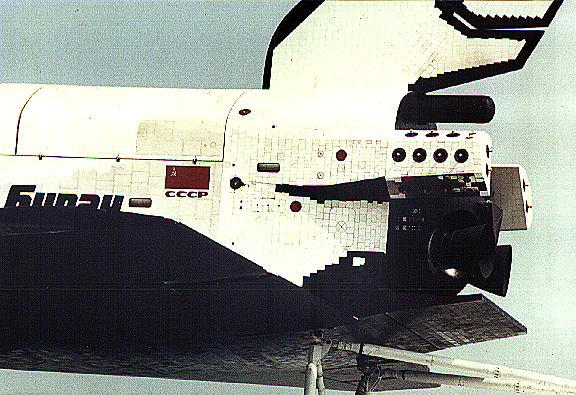 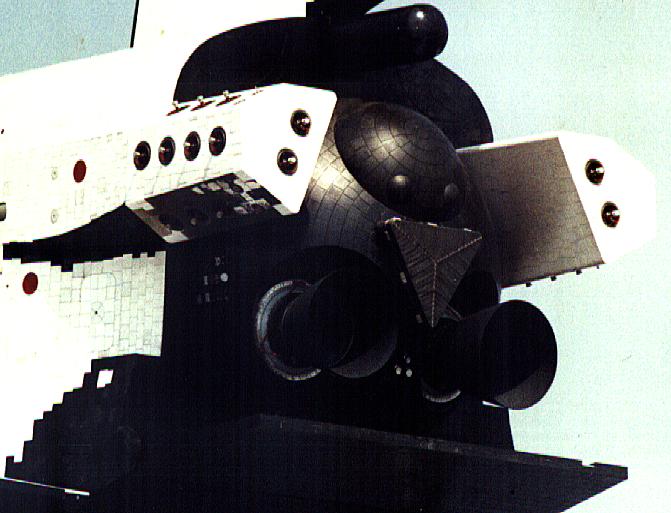 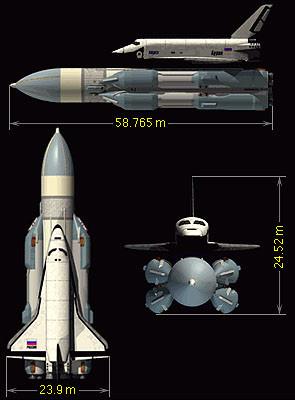 [b]Version of reusable space system "snow-storm" with the orbiting craft OK-92 of model 09.01.1976 [/b] On 9 January, 1976, the design project leader OF NPO "energy" Valentina Glushko asserts the "technical information", which contains the comparative analysis of the new version of the ship - "OK-92", which became further continuation OS -120, but it had two main vital differences - it lacked the sustainer oxygen-hydrogen engines (they they were postponed by central block RN), but they appeared two jet engines (VRD) for guaranteeing the possibility of solo flights in the atmosphere. This was specified on the fact that all airfields for fitting the "snow-storm" were located on the territory of the former USSR; therefore in the course of twenty-four hours were turns, landing from which was impossible. From this situation could be two fundamental outputs: to enlarge a quantity of airfields (but "snow-storm" it were created as military target, and strategic allies were located "to the borders OF THE USSR, whereas Cuba was compact" too close to the territory of potential enemy), or to increase the power-weight ratio of atmospheric section due to the installation VRD. Designers selected the alternate path. And although new version had the "birthmarks" OF OS -120 in the form of separate engine installation and toxic propellant components, this was step forward.

After the output of decision N132-51 the development of the glider of ship, means of the air transport of elements S and system of automatic later modification - D -30KP-3 “barge hauler” with the ladle reverse-thrust device. Figure is given Andrey yurgensonomposadkya they charged to specially organized NPO “Molniya”, which headed Gleb lozino-Lozinskiy. NPO “Molniya” (together with TSAGI - CENTRAL INSTITUTE OF AEROHYDRODYNAMICS IM. N YE ZHUKOVSKIY) immediately proposed its versions: the ship of “305-1” with the diagram “lifting body” on the basis of the increased four times aerospace vehicle “spiral” and winged versions “305-2”, close to the version OK-92. In the final analysis OK-92 it was accepted for further study, in the course of which it first changed one powerful RDTT - SOLID-PROPELLANT ROCKET ENGINE of special separation from RN for two small along the sides of tail section, and then “was deprived” and them. VRD (two-circuit turbofan D -30KP (see figure to the right) - the modified engines, widely utilized on the dal’nemagistral’nom passenger aircraft Il-62M) by lateral pylons they were postponed upward, on the different sides from the keel with their replacement on TRD - TURBOJET ENGINE AL -31, and they were placed in the poluutoplennykh pods, but they were subsequently taken and in flight of “snow-storm” did not participate. The engines of ship were transferred into the oxygen-kerosene fuel- and arranged into the united engine installation. In the course of further studies of carrier rocket for the purpose of an increase in the reliability due to the “hot” redundancy (possibility of the disconnection of emergency engine and throttling those remaining) a quantity of oxygen-hydrogen engines on the central block was increased from three to four, which made it possible to decrease the thrust of each with 250 to 190 t. The at the same time overall thrust-weight ratio of entire complex was increased due to augmentation of thrust of the oxygen-kerosene engines of lateral blocks from initial 600 t to 740 t.

On 5 January, 1972, the President OF THE USA Richard Nixon affirmed development program S “Space Shuttle”. At the end of 1975 in the “complex rocket-space program”, proposed BY NPO “energy”, appeared the new volume - 1b “technical proposals”, in which were given the composition, designation and fundamental characteristics OF S “snow-storm” with the winged ship OS -120, in many respects analogous to American shuttle. On 9 January, 1976, design project leader Valentina Glushko signed the technical information OF “S with the orbiting craft OK-92”. OK-92 it was no longer similar on the shuttle (instead of three march hydrogen ZHRD - LIQUID PROPELLANT ROCKET ENGINE it it had two turbojet engines D -30KP), but also not it was the also that “snow-storm”, which we know.