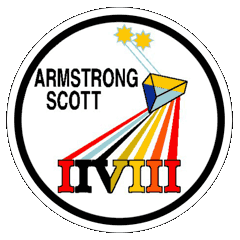 Gemini 8 was the sixth crewed mission of the NASA’s Project Gemini. The mission was commanded by Command Pilot Neil A. Armstrong and Pilot David R. Scott. Gemini 8 conducted the first docking of two spacecraft in orbit, but suffered the first critical in-space system failure of a U.S. spacecraft which threatened the lives of the astronauts and required immediate abort of the mission. The mission began on March 16, 1966, 16:41:02 UTC and ended on March 17, 1966, 03:22:28 UTC.