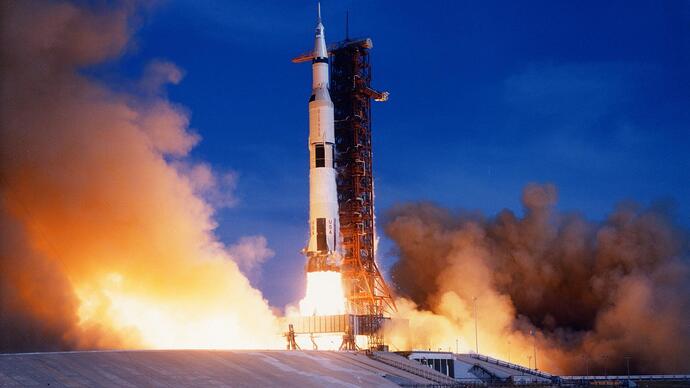 Apollo 6 was intended to send a Command and Service Module (CSM) plus a Lunar Module Test Article (LTA), a simulated Lunar Module (LM) with mounted structural vibration sensors, into a translunar trajectory. However, the Moon would not be in position for a translunar flight, and the Service Module engine would be fired about five minutes later to slow the craft, dropping its apogee to 11,989 nautical miles (22,204 km) and causing the CSM to return to Earth, simulating a “direct-return” abort. On the return leg, the engine would fire once more to accelerate the craft to simulate the nominal lunar return trajectory with a re-entry angle of -6.5 degrees and velocity of 36,500 feet per second (11,100 m/s). The entire mission would last about 10 hours.