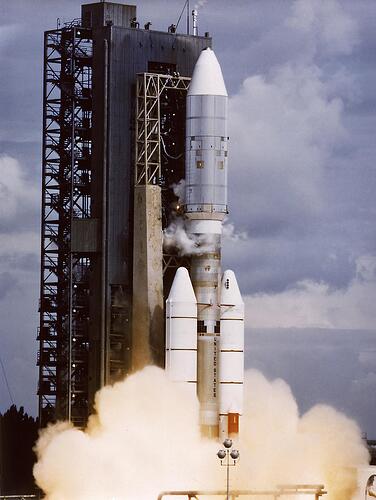 Helios-A and Helios-B (also known as Helios 1 and Helios 2), are a pair of probes launched into heliocentric orbit for the purpose of studying solar processes. A joint venture of West Germany’s space agency DFVLR (70% share) and NASA (30%), the probes were launched from Cape Canaveral, Florida, on December 10, 1974, and January 15, 1976, respectively. Built by Messerschmitt-BÃ¶lkow-Blohm as the main contractor, they were the first spaceprobes built outside the United States or Soviet Union.