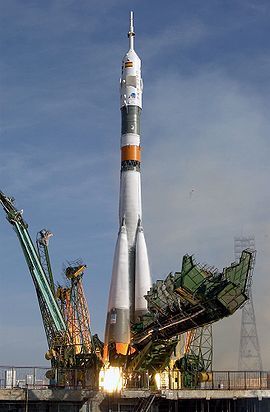 Soyuz T-13 was the eighth mission to visit the Salyut 7 space station. The mission began on June 6, 1985, 06:39:52 UTC, launching Commander Vladimir Dzhanibekov and Flight Engineer Viktor Savinykh into orbit. Following a two day solo flight Soyuz T-13 docked with Salyut 7 on June 08. When arriving there, the station had been vacant since eight month and it had been crippled by a solar array problem. Soyuz T-13 was the first Soyuz to dock manually with an inert Salyut. During their stay on the station, crew had to perform numerous repairs to restore life support, power and other systems, and conducted two EVAs for the same reasons. Cosmonauts were visited by a Progress cargo spacecraft and a Soyuz T-14, who joined the work on the station. Vladimir Dzhanibekov returned to Earth with the Soyuz T-14 crew member, while Viktor Savinykh stayed to continue his work on the station.
The mission concluded with a safe landing back on Earth on September 26, 1985, 09:51:58 UTC.