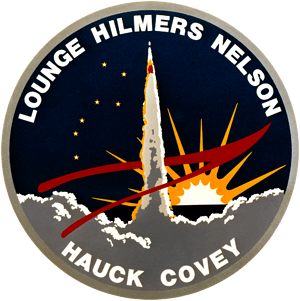 STS-26 was the twenty-sixth space shuttle mission and the seventh flight of the orbiter Discovery. It was the return to flight mission after the Space Shuttle Challenger disaster. It was the first to have all of its crew members wear pressure suits for launch and landing since STS-4 and the first mission with bailout capability since STS-4. It was also the first all-veteran crew mission since Apollo-11 with all of its crew having flown at least on prior mission.