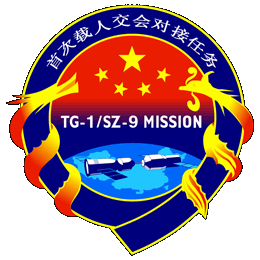 This is the fourth crewed mission for China’s Shenzhou program which lasted 12 days. Being the first crewed spacecraft to visit the Tiangong-1 space station, it brought up the astronauts Jing Haipeng, Liu Wang and the first Chinese female astronaut Lie Yang. They docked automatically to the station on 18 June. During their stay in the station, astronauts conducted various scientific and technological experiments, and performed manual re-docking on 24 June. Shenzhou 9 undocked on 29 June and landed safely back on Earth the same day.