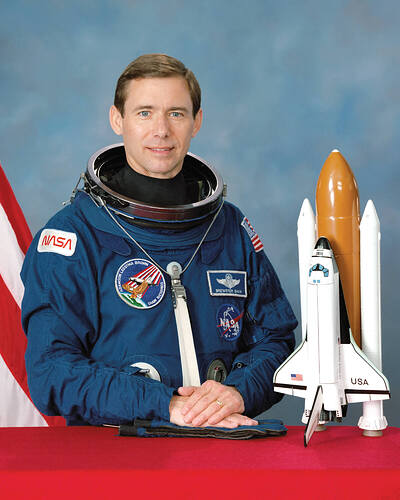 (Traduzione automatica) Brewster Hopkinson Shaw Jr. is a former NASA astronaut, a retired U.S. Air Force Colonel and former executive at Boeing. Shaw was inducted into the U.S. Astronaut Hall of Fame on May 6, 2006.[1]

Shaw worked as a manager at NASA until 1996 when he left the agency, retired from the Air Force and went to work in the private sector as an aerospace executive.