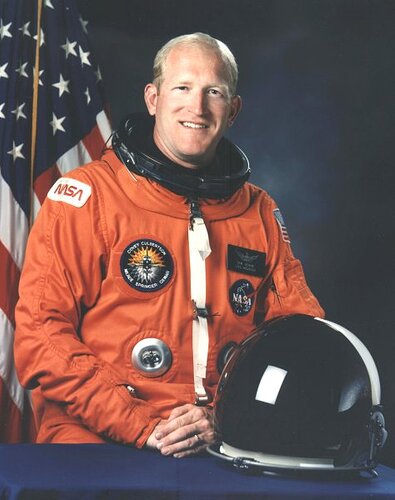 (Traduzione automatica) Charles Donald “Sam” Gemar is an American former astronaut with NASA and a lieutenant colonel in the United States Army. Gemar has flown on three Space Shuttle missions (STS-38, STS-48 and STS-62). Gemar has completed 385 orbits of the Earth and over 581 hours in space. He has also served in different positions in NASA, including as a CAPCOM for Shuttle missions. Gemar was the first astronaut to be born in the state of South Dakota.