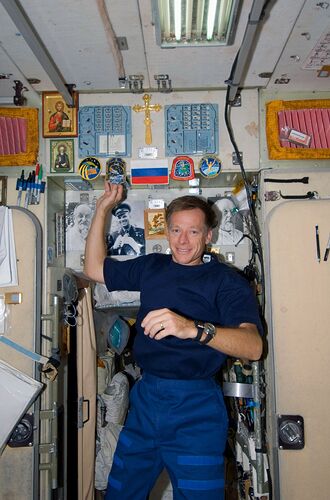 (Traduzione automatica) Christopher J. Ferguson is a Boeing commercial astronaut and a retired United States Navy Captain and NASA astronaut. He was the pilot of Space Shuttle Atlantis on his first mission to space, STS-115, which launched on September 9, 2006 and returned to Earth on September 21, 2006. He then commanded STS-126 aboard Space Shuttle Endeavour. In 2011, he was assigned as commander of STS-135, which was the final mission of the space shuttle program.

On December 9, 2011, he retired from NASA and is now currently director of Crew and Mission Operations for Boeing’s Commercial Crew Program. In August 2018, Ferguson was assigned to the first test flight of the Boeing CST-100 Starliner.