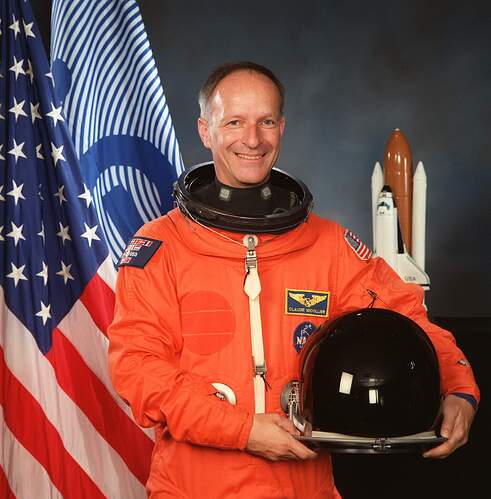 (Traduzione automatica) Claude Nicollier is the first astronaut from Switzerland. He has flown on four Space Shuttle missions. His first spaceflight (STS-46) was in 1992, and his final spaceflight (STS-103) was in 1999. He took part in two servicing missions to the Hubble Space Telescope (called STS-61 and STS-103). During his final spaceflight he participated in a spacewalk, becoming the first European Space Agency astronaut to do so during a Space Shuttle mission. In 2000 he was assigned to the Astronaut Office Extravehicular Activity Branch, while maintaining a position as Lead ESA Astronaut in Houston. Nicollier retired from ESA in April 2007.