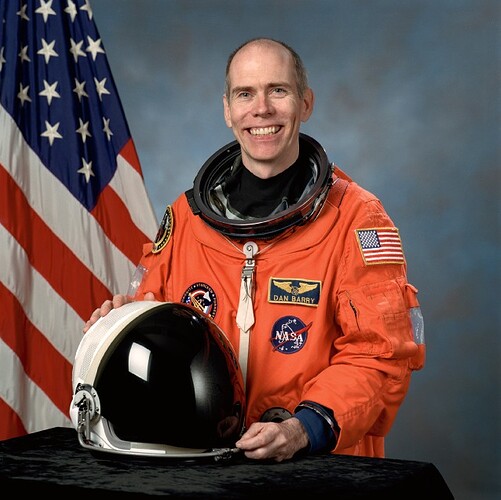 (Traduzione automatica) Daniel Thomas Barry is an American engineer, scientist, and a retired NASA astronaut. He was a contestant on the CBS reality television program Survivor: Panama, as well as on BattleBots on ABC. He was at Singularity University from 2009–2012, where he was co-chair of the Faculty of Artificial Intelligence and Robotics and the chair of the graduate summer program. He is also a co-founder of Fellow Robots, a telepresence robotics company and the founder and president of Denbar Robotics.