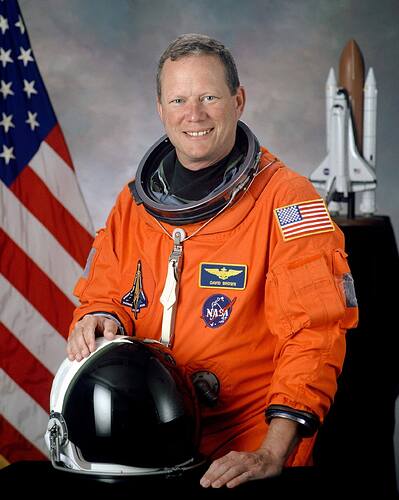 (Traduzione automatica) David McDowell Brown was a United States Navy captain and a NASA astronaut. He died on his first spaceflight, when the Space Shuttle Columbia (STS-107) disintegrated during orbital reentry into the Earth’s atmosphere. Brown became an astronaut in 1996, but had not served on a space mission prior to the Columbia disaster. Brown was posthumously awarded the Congressional Space Medal of Honor.