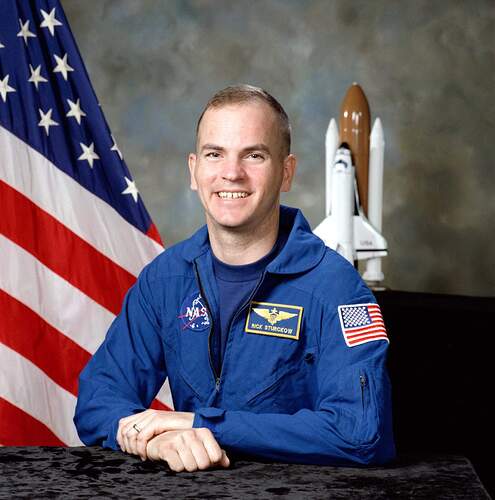 (Traduzione automatica) Frederick Wilford “Rick” Sturckow is an Engineer, retired United States Marine Corps officer, former NASA astronaut, and commercial spacecraft pilot. Sturckow is a veteran of four Space Shuttle missions. He flew on STS-88 and STS-105 as a pilot and STS-117 and STS-128 as a commander. All four missions docked with the International Space Station, making Sturckow one of two people to visit the station four times. Sturckow later was assigned to the Johnson Space Center as a CAPCOM. He left NASA in 2013 to become a pilot for Virgin Galactic.