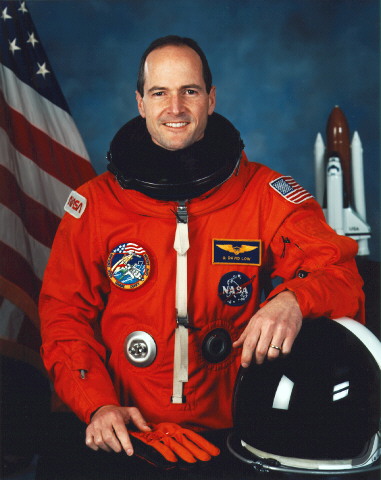 (Traduzione automatica) George David Low was an American aerospace executive and a NASA astronaut. He was born in 1956 to Dr. George Low, the Manager of the Apollo Spacecraft Program Office. With undergraduate degrees in physics and mechanical engineering and a master’s degree in aeronautics and astronautics, he worked in the JPL at the California Institute of Technology in the early 80’s, before being picked as an astronaut candidate by NASA in 1984. In addition to holding some technical assignments, he logged more than 700 hours in space (including stints on the Columbia, the Atlantis and the Endeavour), before he left NASA in 1996 to pursue a career in the private sector.