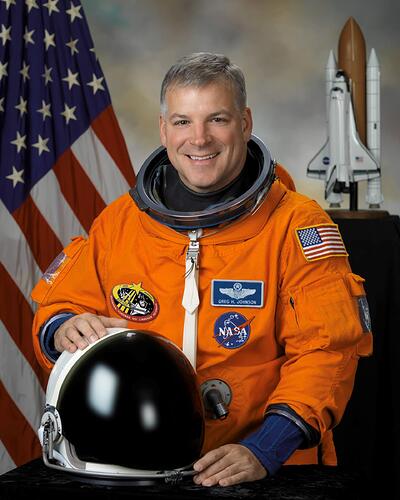 (Traduzione automatica) Gregory Harold “Box” Johnson is a retired NASA astronaut and a retired colonel in the United States Air Force. Johnson is a veteran of two space flights, STS-123 and STS-134. He served as pilot on his first mission, which delivered the Kibo logistics module and the Dextre robot arm to the International Space Station. Johnson was also assigned as the pilot to the STS-134 mission, which launched on May 16, 2011 and landed on June 1, 2011. Greg Johnson has also served in numerous roles for NASA including as a Capcom for several missions. At present time Gregory H. Johnson (Colonel, USAF, Ret.) is the President and Executive Director for the Center for the Advancement of Science in Space (CASIS).