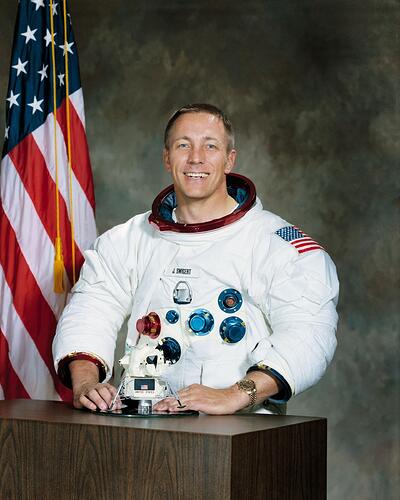 (Traduzione automatica) John Leonard “Jack” Swigert Jr. was an American test pilot, mechanical and aerospace engineer, United States Air Force pilot, and NASA astronaut. He was one of twenty-four astronauts who have flown to the Moon.[2][3]

Before joining NASA in 1966, Swigert was a civilian test pilot and fighter pilot in the Air National Guard. After leaving NASA, he was elected to Congress from Colorado’s new 6th district, but died before being sworn in.