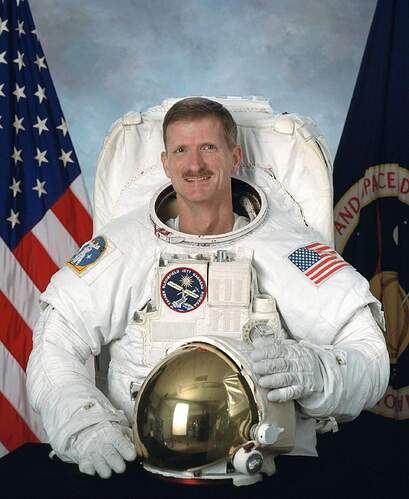 (Traduzione automatica) Joseph Richard “Joe” Tanner is an American instructor at the University of Colorado Boulder, mechanical engineer, a former naval officer and aviator, and a former NASA astronaut. He was born in Danville, Illinois. He is unusual among astronauts as he did not have a background in flight test nor did he earn any advanced academic degrees. Typically those who did not do military flight test have an M.D. or Ph.D., if not a master’s, whereas Tanner’s path to becoming an astronaut followed operational military flying and then into NASA for operational jet training before being selected into the NASA Astronaut Corps in 1992, following an unsuccessful application in 1987.