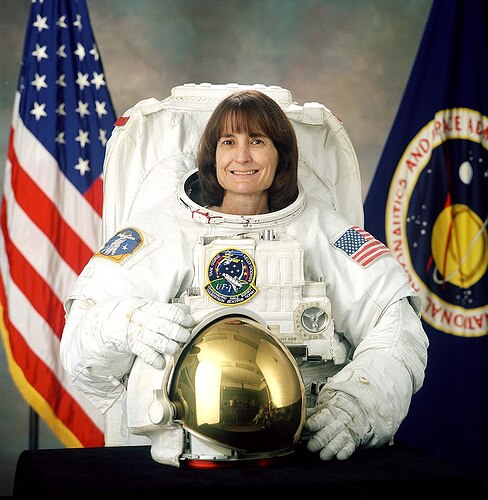 (Traduzione automatica) Linda Maxine Godwin Ph.D. is an American scientist and retired NASA astronaut. Godwin joined NASA in 1980 and became an astronaut in July 1986. She retired in 2010. During her career, Godwin completed four space flights and logged over 38 days in space. Godwin also served as the Assistant to the Director for Exploration, Flight Crew Operations Directorate at the Johnson Space Center. Since retiring from NASA, she accepted the position of Professor in the Department of Physics and Astronomy at the University of Missouri.