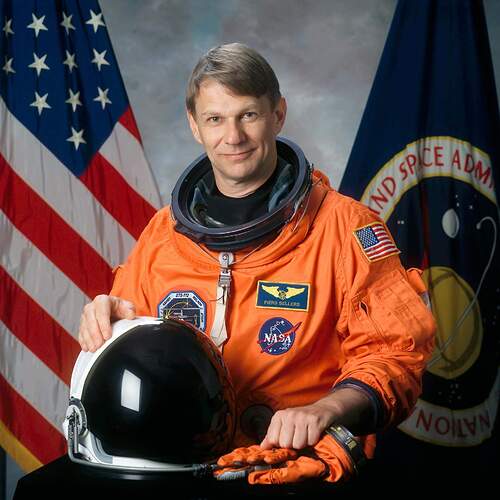 (Traduzione automatica) Piers John Sellers OBE was a British-American meteorologist, NASA astronaut[1] and Director of the Earth Science Division at NASA/GSFC. He was a veteran of three space shuttle missions. Sellers attended Cranbrook School, Cranbrook, Kent, United Kingdom, until 1973, and achieved a bachelor’s degree in ecological science from the University of Edinburgh in 1976. In 1981 he gained a doctorate in biometeorology from the University of Leeds. In 2011, Sellers retired from the NASA Astronaut Corps.