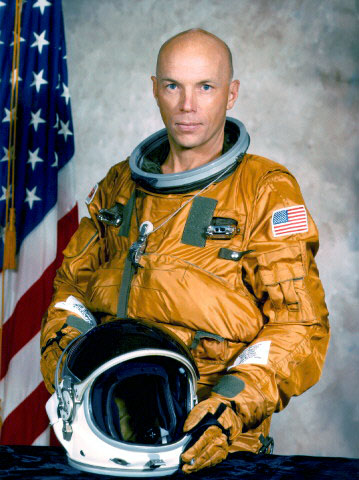 (Traduzione automatica) Franklin Story Musgrave, M.D. is an American physician and a retired NASA astronaut. He is a public speaker[2] and consultant to both Disney’s Imagineering group and Applied Minds in California. In 1996 he became only the second astronaut to fly on six spaceflights, and he is the most formally educated astronaut with six academic degrees.