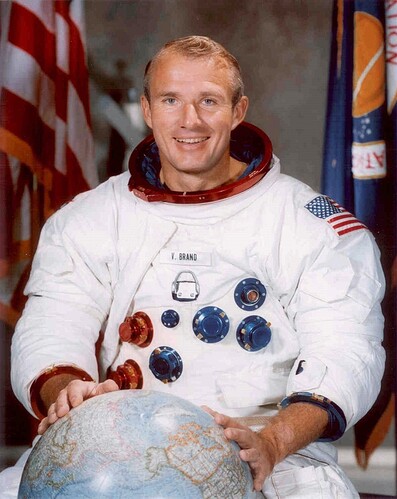 His flight experience includes 9,669 flying hours, which includes 8,089 hours in jets, 391 hours in helicopters, 746 hours in spacecraft, and checkout in more than 30 types of military aircraft. Vance Brand Airport in Longmont, Colorado, is named in his honor.