The media opportunity for Dawn scheduled for Thursday, June 14, at
Astrotech in Titusville has been rescheduled to Wednesday, June 20,
to allow spacecraft spin test activities to be completed. Media
access to Astrotech on Wednesday morning will begin at 10:15 a.m. and
the event will start at 10:30 a.m.

This will be an opportunity to photograph NASAâï¿½ï¿½s Dawn spacecraft and
interview project and launch program officials about the mission.
Dawn is targeted to launch aboard a Delta II rocket from Cape
Canaveral on July 7.

Dawn’s goal is to characterize the conditions and processes of the
solar system’s earliest epoch 4.5 billion years ago by investigating
in detail two of the largest asteroids, Ceres and Vesta. They reside
between Mars and Jupiter in the asteroid belt. Scientists theorize
these were budding planets never given the opportunity to grow.
However, Ceres and Vesta each followed a very different evolutionary
path during the first few million years of the solar system’s
evolution. By investigating two very different asteroids during the
spacecraft’s eight-year flight, the Dawn mission aims to unlock some
of the mysteries of planetary formation. Dawn will be the first
spacecraft to orbit an object in the asteroid belt and the first to
orbit two bodies after leaving Earth.

For the media event, procedures for optically sensitive spacecraft
must be followed by individuals entering the clean room where the
spacecraft is being prepared for launch. Full clean room attire
(bunny suits) must be worn and will be furnished. Please do not wear
perfume, cologne or makeup. Long pants and closed-toe shoes must be
worn – no shorts, skirts or high heels.

Camera equipment including tripods and photo accessories must be
cleaned under supervision of contamination-control specialists before
entering the clean room. All equipment must be self-contained; no
portable lights can be allowed. Non-essential equipment such as
suede, leather or vinyl camera bags or other carrying cases must be
left outside the clean room. No pencils or felt-tipped pens are
permitted; only ball-point pens may be used. No food, tobacco,
chewing gum, lighters, matches or pocketknives will be allowed.

Wireless microphones are allowed, but flash photography cannot be
permitted due to the sensitivity of the spacecraft’s solar arrays.
There is adequate metal halide lighting in the facility for
photography (white with slight green cast; suggested exposure for
ISO-ASA 400 is 1/30 sec. at f/5.6).

Primary spokespersons available to the media will be:

NASA’s Jet Propulsion Laboratory is responsible for the project
management of Dawn. Orbital Sciences Corporation built the Dawn
spacecraft. Other partners include Los Alamos National Laboratory,
Max Planck Institute for Solar System Research, the German Aerospace
Center, the Italian Space Agency, and the Italian National Institute
of Astrophysics. The NASA Launch Services Program at Kennedy Space
Center and the United Launch Alliance are responsible for the launch
of the Delta II.

On Wednesday, media may proceed directly to Astrotech located in the
Spaceport Florida Industrial Park, 1515 Chaffee Drive, Titusville.
Access at the gate will start at 10:15 a.m. The event will begin at
10:30 a.m. and last approximately two hours.

Dawn’s journey to the asteroid belt is made possible by ion
propulsion. Initially tested and proven successful on NASA’s Deep
Space 1 mission, this innovative technology is now applied in the
design of the Dawn spacecraft. Ion propulsion allows Dawn to
undertake a mission that would be unaffordable – or perhaps
impossible – with a more conventional propulsion system. Two large
solar arrays, stretching approximately 65 feet from tip to tip once
deployed, help to harness power from the distant sun to the ion
engines. The power then ionizes the onboard xenon fuel and
accelerates the ions, which in turns accelerates the spacecraft.

According to NASA Associate Administrator for Space Science Alan Stern, when contacted for comment: “DAWN was slightly damaged Monday by a tech’s tool. The damage was to the back side of as solar array. It affects a tiny area and looks like it can be repaired without delaying the 7 July LRD. This is an exciting NASA science mission that promises to unlock new details about the origin of the asteroid belt and dwarf planets. We are pressing forward to launch, ever vigilant as we go forward.” 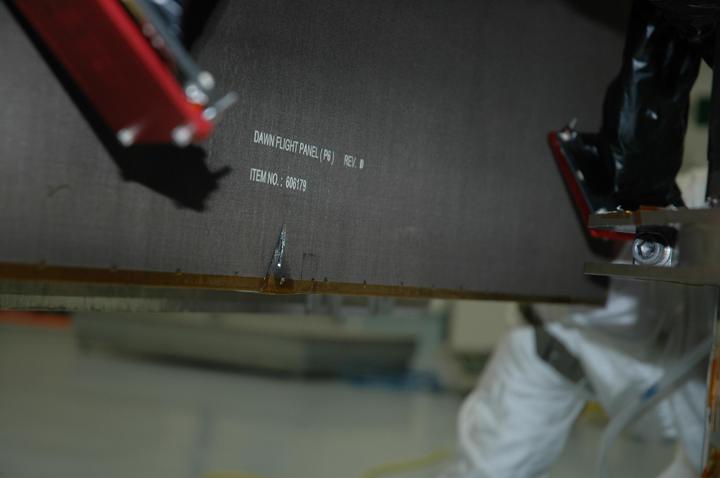 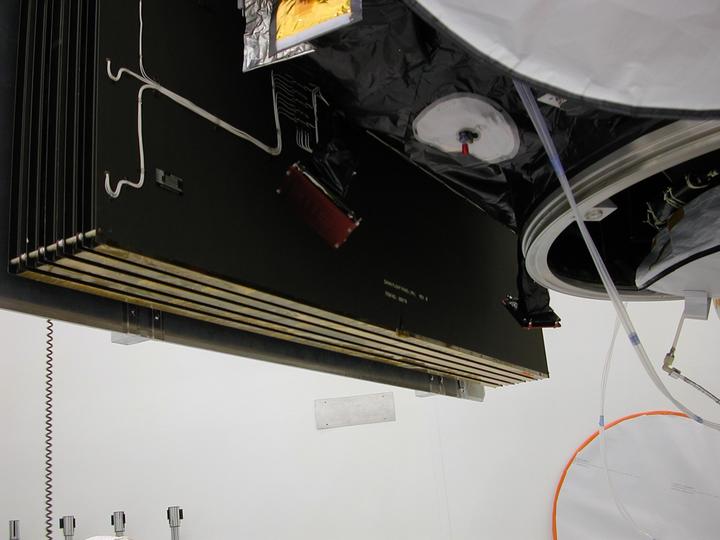 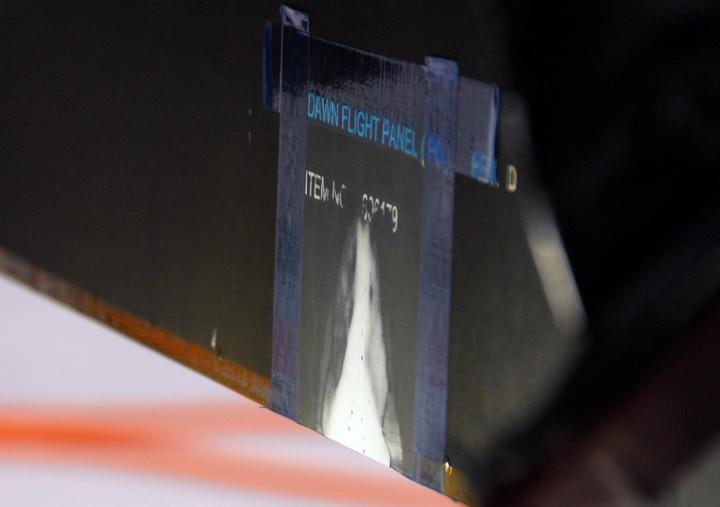