The most recent test took place from a height of 29 km with the aid of a stratospheric helium balloon, and focused on the deployment sequence of all four parachutes.

A precise release of the drop test vehicle occurred at the planned altitude and the first pyrotechnic mortar activated normally to release the first pilot chute – which inflated correctly.

The second pyrotechnic mortar also worked normally, ejecting the second pilot chute, which also inflated as expected. The second main parachute was extracted from its bag, but one radial tear was observed, again before reaching peak inflation loads. 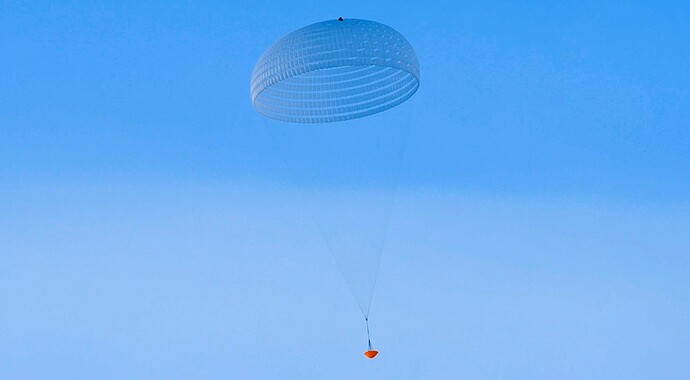 Development of a European-Russian Mars lander set to launch in 2020 suffered a setback when the spacecraft’s parachutes malfunctioned in a recent test.