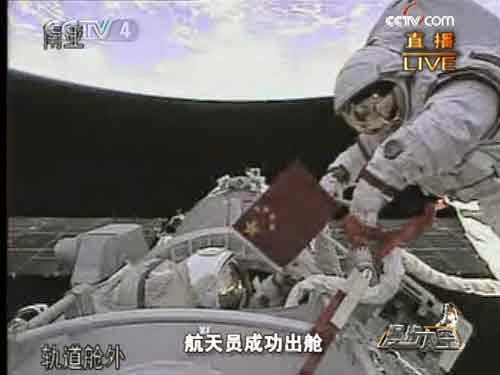 The Shenzhou spacecraft carrying the three crew members was launched September 25, 2008, by a Long March 2F (CZ-2F) rocket which lifted off from the Jiuquan Satellite Launch Center. The mission lasted three days, after which the craft landed safely in central Inner Mongolia on September 28, 2008.

The Shenzhou 7 EVA made the Chinese space program the third to have conducted an EVA. EVAs had previously been conducted by the space programs of the Soviet Union (later Russia) and the United States.