Next phase reached in definition of Mars Sample Return mission

7 April 2006
ESA has taken a further step in preparing for participation in Mars Sample Return (MSR), the landmark mission to return samples from the Red Planet, with the announcement of the next phase of industrial activity.

The Phase A2 activity will address many critical issues and identify key areas in which Europe can participate in this flagship of the Aurora Programme.

The search for evidence of life outside the Earth is one of the fundamental goals of space exploration, and has been one of the driving forces behind the efforts to explore the planet Mars. This investigation, key to unlocking the ‘big’ question regarding life in the universe, is increasing in pace and is already beginning to provide answers. This is also one of the leading scientific threads of ESA’s Aurora Space Exploration Programme that was approved at the ESA Council meeting at Ministerial level held in Berlin last December.

ESA recognises the importance of this mission in the frame of the European Aurora Programme, and is now embarking on a twelve month Mars Sample Return Systems Study. This work, which builds on a first study step initiated in 2003, will prepare the way for Europe to play a key role in an international MSR mission. Past ESA work has already defined as a starting point an MSR mission launched in two parts. The first consists of a Mars orbiter and an Earth return capsule, while the second carries the surface lander and the Mars ascent vehicle which will launch the sample into Mars orbit ready for return to Earth. The new ‘MSR Phase A2 Systems Study’, which will be undertaken by European industry in close coordination with ESA, will be performed in two main steps.

The first step will address the remaining options still to be assessed and choices to be made with respect to the overall mission design. This includes the option of having the orbiter ‘capture’ the sample container in Mars orbit, or having the ascent vehicle perform a docking manoeuvre. This trade-off, as with much of the work to be performed in this first step, will draw upon the technology development and experience gained during the initial phases of the Aurora Programme.

The refinement of the mission architecture will also include interaction with international partners, in order to prepare for future cooperation on the MSR mission. Additional work will also be performed to assess the impact of features such as surface mobility on the MSR mission, i.e. what is the cost of being able to move around and select specific samples. Having refined the mission design, development paths will be identified for each of the critical capabilities involved in the mission.

The second step of the Phase A2 work will identify within the capability development paths, steps which might be accomplished through precursor missions. Such missions would include the demonstration of critical technologies associated with, for example, soft-precision landing. As an outcome of this, a shortlist of candidate precursor mission concepts will be made.

Through the MSR Phase A2 System Study, Europe not only aims to play a key role in this landmark mission, but is also pro-actively addressing the necessary steps to take in order to achieve its ambitious goals. These steps have already been initiated in the frame of ongoing technology development within the Aurora Programme, and may be continued through the possibility of intermediate precursor missions to both demonstrate the technologies associated with Mars Sample Return, while also advancing our scientific understanding of the Moon and Mars.

Further steps in the definition of a Mars Sample Return mission, building upon the outcomes of the Phase A2 work, will be implemented in the frame of the Exploration Core Programme the element within the Aurora Programme which covers activities for the preparation of the future exploration of the Moon and Mars, both robotically and ultimately with humans. 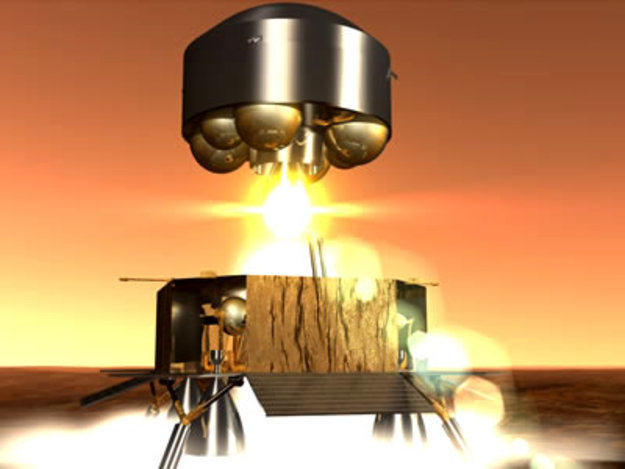 Next phase reached in definition of Mars Sample Return mission

ESA has taken a further step in preparing for participation in Mars Sample Return (MSR), the landmark mission to return samples from the Red Planet, with the announcement of the next phase of industrial activity.