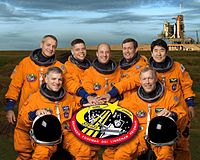 NASA Television provides live coverage of launches, spacewalks and other mission events, as well as the latest news briefings, video files, and the This Week @NASA report.

NASA Television provides live coverage of launches, spacewalks and other mission events, as well as the latest news briefings, video files, and the This Week @NASA report.

NASA.gov brings you the latest images, videos and news from America's space agency. Get the latest updates on NASA missions, watch NASA TV live, and learn about our quest to reveal the unknown and benefit all humankind. 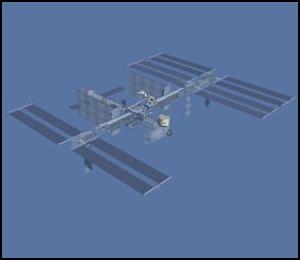 CAPE CANAVERAL, Fla. - After safely reaching its launch pad Monday at
NASA’s Kennedy Space Center, the space shuttle Endeavour now awaits
its next major milestone for the upcoming STS-123 mission. A full
launch dress rehearsal, known as the terminal countdown demonstration
test, is scheduled to take place at Kennedy from Feb. 23 to 25.

The shuttle arrived at the pad at approximately 4:45 a.m. EST Monday
on top of a giant vehicle called the crawler-transporter. The
crawler-transporter began carrying Endeavour out of Kennedy’s Vehicle
Assembly Building at 11:24 p.m. Sunday, traveling less than 1 mph
during the 3.4 mile journey. Endeavour was secured and firmly on the
launch pad at 6:22 a.m.

Endeavour is targeted to launch March 11 on a 16-day mission to the
International Space Station. The shuttle’s seven crew members will
deliver the first section of the Japan Aerospace Exploration Agency’s
Kibo laboratory and the Canadian Space Agency’s two-armed robotic
system, Dextre. Five spacewalks will be conducted during the flight.

Dominic Gorie will command the STS-123 mission. Gregory H. Johnson
will be the pilot. Robert L. Behnken, Mike Foreman, Rick Linnehan,
Garrett Reisman and Japanese astronaut Takao Doi make up the rest of
the crew. Reisman will remain on the station as a resident crew
member, replacing station Flight Engineer Leopold Eyharts of the
European Space Agency, who will return home on Endeavour. Eyharts
launched to the station with the STS-122 crew Feb. 7.

The STS-123 astronauts and ground crews will participate in the
terminal countdown demonstration test. The test provides each shuttle
crew with an opportunity to participate in various simulated
countdown activities, including equipment familiarization and
emergency training. STS-123 is the 122nd space shuttle flight, the
21st flight for shuttle Endeavour and the 25th flight to the station.

The following media events are associated with the test. All times are
Eastern.

Dates and times of events are subject to change. Schedule updates are
available at 321-867-2525.

To attend crew arrival, reporters must pick up badges by 4 p.m.
Friday, Feb. 22, at the Pass & I.D. Building on State Road 405. For
information about covering these events, including proper attire and
meeting locations, credentialed media should visit:

Video b-roll of the terminal countdown demonstration test will be
available on the NASA TV Video File. For NASA TV downlink
information, schedules and links to streaming video, visit:

For information about the STS-123 mission and crew, visit:

I Thunderbirds sorvolano il Pad 39A!!!