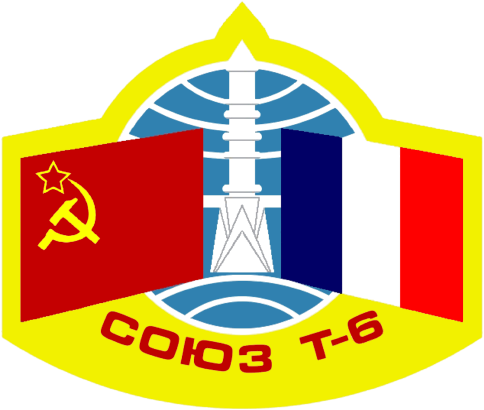 Soyuz T-6 was the second mission to the Salyut 7 space station and the first to visit the long-duration Soyuz T-5 resident crew of the station. The mission began on June 24, 1982, 16:29:48 UTC, launching Commander Vladimir Dzhanibekov, Flight Engineer Aleksandr Ivanchenkov and Research Cosmonaut Jean-Loup ChrÃ©tien, the first French cosmonaut, into orbit. They docked with the station the next day. During their 7-day stay on the station, crew performed various scientific and medical experiments.
The mission concluded with a safe landing back on Earth on July 2, 1982, 14:20:40 UTC.