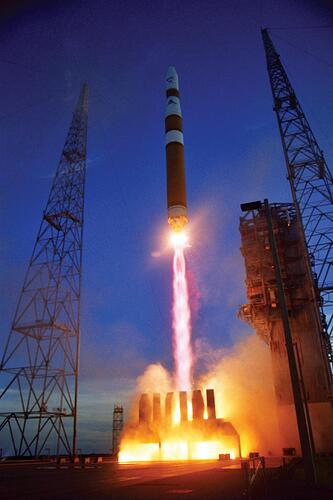 GPS Block IIF, or GPS IIF is an interim class of GPS satellite, which will be used to keep the Navstar Global Positioning System operational until the GPS Block IIIA satellites become operational. They are being built by Boeing, and will be operated by the United States Air Force following their launch by United Launch Alliance, using Evolved Expendable Launch Vehicles.