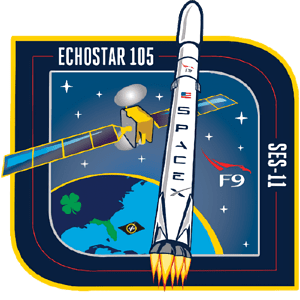 Echostar 105, also known as SES-11, is a partnership between Echostar and SES for a communications satellite at the orbital position of 105 degrees West. Satellite’s Ku-band and C-band capacity will allow it to replace the AMC-15 and AMC-18 satellites. Echostar 105 is to provide coverage of the North America, including Hawaii, Mexico, the Caribbean.