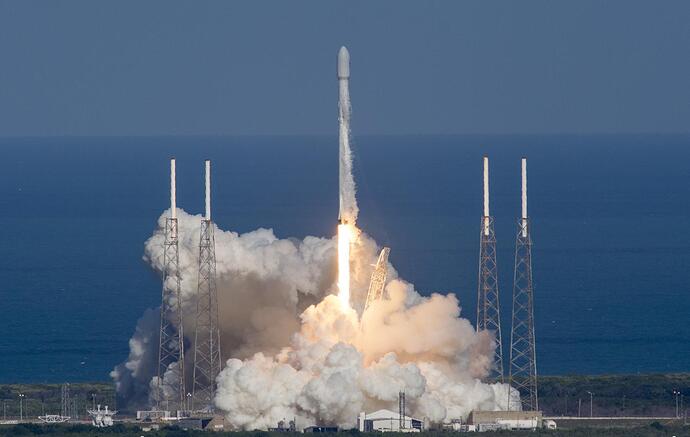 PAZ is a military Earth radar observation satellite, designed and built by Airbus Defence and Space for Spain. The satellite is owned and operated by Hisdesat. The PAZ satellite is equipped with an advanced radar instrument designed for high flexibility, and the capability to operate in numerous modes allowing for the choice of several different image configurations. It will be able to generate images with up to 25 cm resolution. Designed for a mission of five and a half years, PAZ will orbit Earth 15 times per day, covering an area of over 300,000 square kilometres. On its slightly inclined quasi-polar orbit, PAZ will cover the entire globe in 24 hours, serving both government and commercial needs. Satellite is sharing the ride with two small SpaceX satellites. These will test the technologies for the planned satellite network called Starlink, which will consist of roughly 4000 satellites providing space-based Internet around the globe.