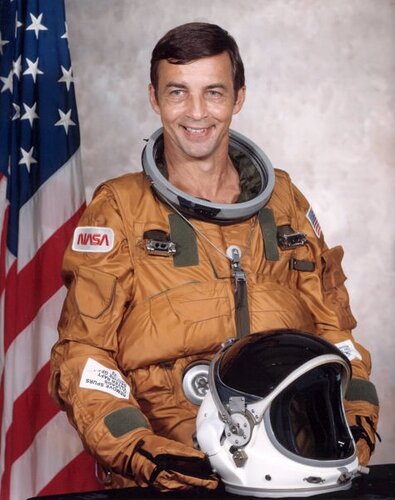 (Traduzione automatica) Donald Herod Peterson was a United States Air Force officer and NASA astronaut. Peterson was originally selected for the Air Force Manned Orbiting Laboratory (MOL) program, but, when that was canceled, he became a NASA astronaut in September 1969. He was a mission specialist on STS-6 on board Challenger. During the mission Peterson performed a spacewalk to test the new airlock and space suits. He logged 120 hours in space. Peterson retired from NASA in 1984.