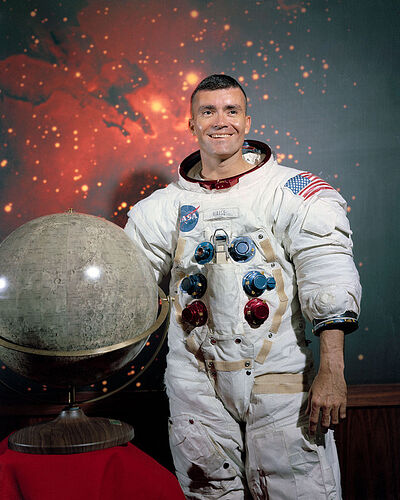 (Traduzione automatica) Fred Wallace Haise Jr. is an American former NASA astronaut, fighter pilot with the U.S. Marine Corps and the U.S. Air Force and test pilot. He is one of only 24 people to have flown to the Moon, having flown as Lunar Module Pilot on Apollo 13. He was to have been the sixth person to land and walk on the Moon, but the Apollo 13 mission was aborted before lunar landing. He went on to fly Space Shuttle Approach and Landing Tests in 1977, and retired from NASA in 1979.