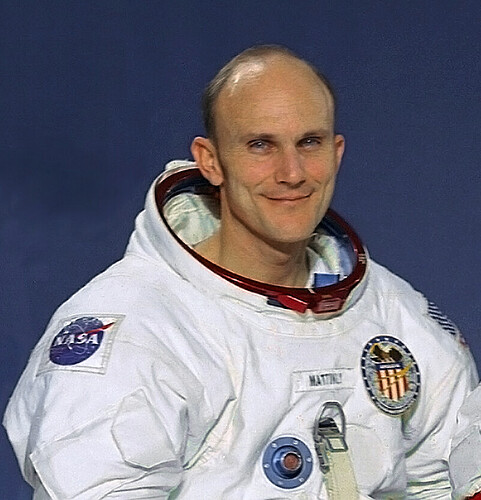 (Traduzione automatica) Thomas Kenneth Mattingly II better known as Ken Mattingly, is a former American naval officer and aviator, aeronautical engineer, test pilot, Rear Admiral in the United States Navy and astronaut who flew on the Apollo 16, STS-4 and STS-51-C missions. He had been scheduled to fly on Apollo 13, but was held back due to concerns about a potential illness (which he did not contract). He later flew as Command Module Pilot for Apollo 16, making him one of only 24 people to have flown to the Moon.