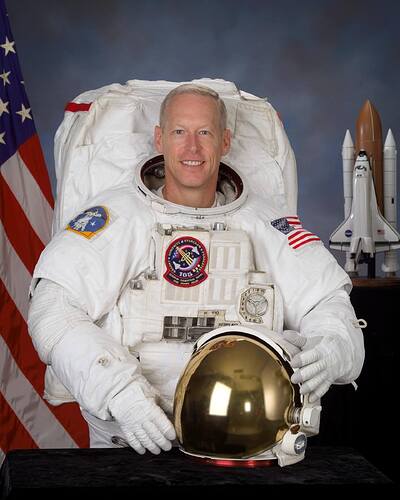 (Traduzione automatica) Patrick Graham Forrester is a retired United States Army officer and a NASA astronaut. At the time of his retirement from the U.S. Army, Forrester had achieved the rank of colonel. He is married and has two children.

Forrester has flown on three Space Shuttle missions, STS-105, STS-117 and STS-128. He is the current Chief of the Astronaut Office, having assumed the role from Chris Cassidy in June 2017.