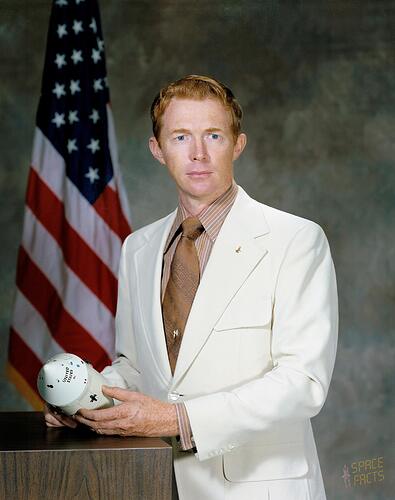 (Traduzione automatica) Stuart Allen “Stu” Roosa was an American aeronautical engineer, United States Air Force pilot, test pilot, and NASA astronaut, who was the Command Module Pilot for the Apollo 14 mission. The mission lasted from January 31 to February 9, 1971 and was the third mission to land astronauts (Alan Shepard and Edgar Mitchell) on the Moon. While Shepard and Mitchell spent two days on the lunar surface, Roosa conducted experiments from orbit in the Command Module Kitty Hawk. He was one of 24 people to travel to the Moon.