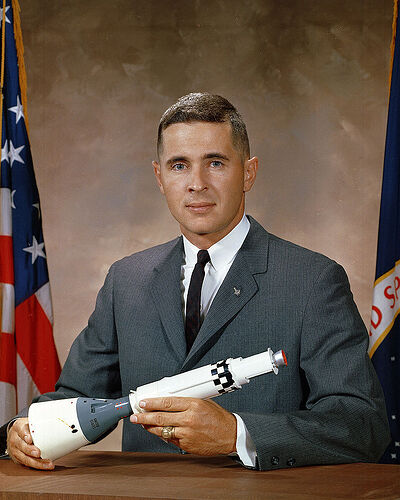 (Traduzione automatica) William Alison “Bill” Anders is a retired United States Air Force Major general, former electrical engineer, nuclear engineer, NASA astronaut, and businessman. He is known for being one of the first three persons to leave low Earth orbit and travel to the Moon in Apollo 8 along with fellow astronauts Frank Borman and Jim Lovell as well as for photographing the iconic image, Earthrise. Apart from his professional and military careers, Anders was the U.S. Ambassador to Norway from 1976 to 1977 under President Gerald Ford.