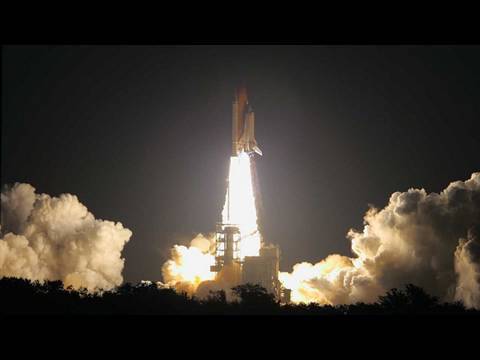 At 10:21 UTC on 04/05/2010 one of the final four Space Shuttle missions lifted off for Kennedy Space Center in Florida. Space Shuttle Discovery and her crew … 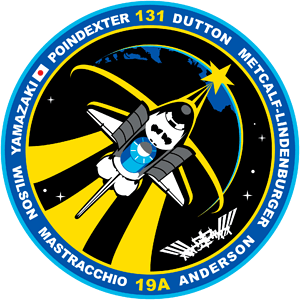 STS-131 was an ISS assembly flight with the primary payload being a loaded Multi-Purpose Logistics Module - Leonardo. The mission began on April 5th 2010 at 1021:22 UTC launching Commander Alan Poindexter, Pilot James Dutton, Mission Specialist 1 Richard Mastracchio, Mission Specialist 2 Dorothy M. Metcalf-Lindenburger, Mission Specialist 3 Stephanie Wilson, Mission Specialist 4 Naoko Yamazaki & Mission Specialist 5 Clayton Anderson to orbit. They docked with the ISS 2 days after launch. The mission was the final Space Shuttle launch with a seven person crew and was the longest flight for Discovery. STS-131 also marked the first time 4 women have been in space at once. During the mission 3 spacewalks were conducted to replace an ammonia tank and to retrieve a seed experiment from outside the Japanese laboratory. The mission concluded after 15 days & 2 hours on April 20th 2010 at 1308:35 UTC after 2 waved off landing opportunities on the 19th at the Kennedy Space Center.