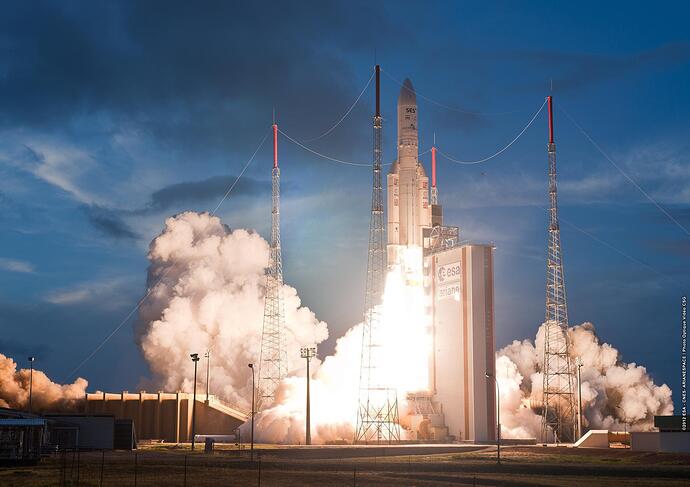 DSN-1 (also known as Kirameki 1, Superbird 8 or Superbird B3) is Japanese X-band military communications satellite. It was planned to be launched in 2016, however the satellite was damaged during transport to the launch site and repairs delayed the launch. The satellite is to replace aging Superbird-B2 satellite at 162° East in geostationary orbit. HYLAS 4 is a communications satellite build by Orbital ATK for Avanti Communication. It features hybrid propulsion system, with traditional chemical thrusters for orbit raising and ion engines for stationkeeping. The satellite carries 66 high-throughput Ka-band beams and will provide services to regions of Africa and Europe.